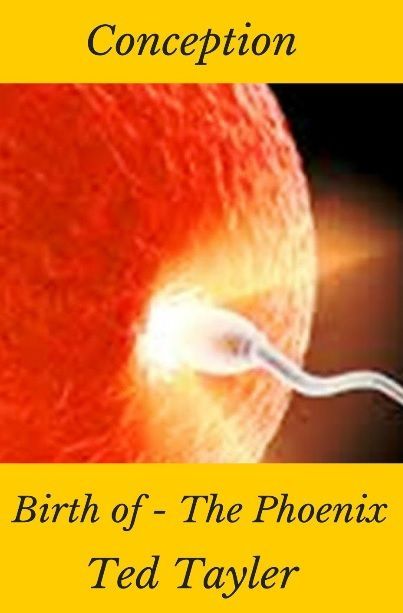 REVIEW - Conception Birth of The Phoenix
by Ted Tayler

Conception is two earlier books Unfinished Business and The Final Straw combined to give the full backstory as to how Colin Bailey became The Phoenix. As maternal matters go, this was free of any labour pains. Although pain was certainly the aim as anti-hero Colin Bailey initiated his meticulous maelstrom of revenge and righteousness upon the uncaring, and moreover, unsuspecting world. From the first line 'Colin Bailey was invisible' it is clear that this book will be a journey of regret, revenge and a litany of deep longing for a life that had been denied. Although Mr Tayler writes his prose with a conversational knowing wink, and scenes play out as if one's watching a high end drama, there is a constant inner pain that threads through, giving a touching, engrossing realism, which in less experienced hands, would have descended into predictable cliché. This is storytelling at its finest!

It is interesting to see, when both books are read back to back, that a clear change in tone has come through. The Final Straw has Bailey as a loner; a shy and confused young man. Unfinished Business shows the transformation, and demonstrates what the love of a good woman has done for him. Accomplished, confident and cool. This is the tone of the second book. There is also certain arrogance that becomes Bailey’s downfall in the final scenes.

The partnership of Phil Hounsell and Zara Wheeler fondly named ‘Cat and Mouse’, was fascinating to read, and it is hoped that Bailey’s nemesis won’t be too far behind in The Phoenix series of books. Throughout Unfinished Business there is some reluctance from Hounsell, in wanting to catch Bailey, and this can be partly attributed to the similar attitude Hounsell and Bailey share for ‘taking out the trash’ on the streets of the UK. However, Hounsell cannot countenance Bailey’s dispatch of his parents with quite the same dispassionate regard, and Bailey is thus his quarry.

As one goes through the book, it becomes apparent for all Bailey’s intricate planning and his great intelligence, his lack of emotional connectivity leaves him open to make mistakes. The hostage taking is perhaps a step too far. He believes himself to untouchable, and doesn’t factor in people with similar intelligence on his tail. A miscalculation that results in a heart-pounding ending, and one for me, establishes Mr Tayler as a master craftsman in the written word.

I really enjoyed Conception. It is one of those reads that engrosses and captivates. I would highly recommend Mr Tayler’s exciting opus into the mind, motivation and life of a disturbed but incredibly likable young man, and I look forward to reading about the shadowy world of the Olympus Project and their role in Bailey’s new life.