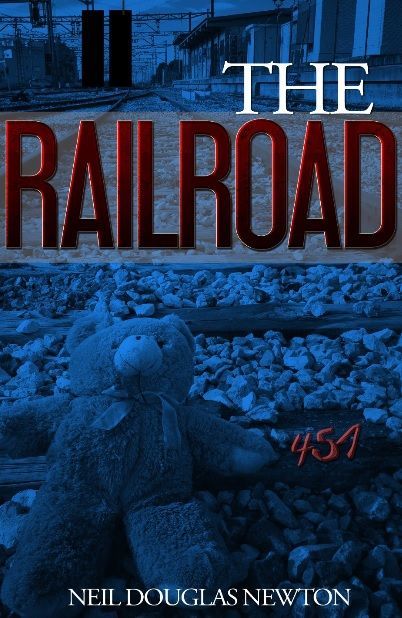 REVIEW - The Railroad
by Neil Newton

Explosive and emotionally charged. An incredible book and an amazing ending!

A story of a man emerging from the wreckage that 9/11 made of his life, may not sound the most enticing premise for a story. Indeed, it may appear quite self-indulgent and depressing, but The Railroad is not such a book. Mr Newton has written an explosive and emotionally-charged tome that tugged with continuous regularity at my heart strings.

Mike Dobbs, the lead character is a survivor of the catastrophic tragedy of 9/11. Caught in the subway just underneath the Twin Towers at the time of the attack, it is soon apparent that Dobbs is anything but a survivor. Half of him has been shattered to pieces, and the other half is guilty he's still alive, when so many he knew perished. He has a void inside that can’t be filled despite Dobbs’ attempts to fill it with copious amounts of alcohol. It leads him to face a sudden reality, his life is futile and pathetic. His Wall Street raider persona is stripped away ruthlessly by the dust of the blast, and what remains is a husk barely comprehending a meaning to life beyond the bottom of a bottle of Laphroaig. His job, love life and friends are left behind as Dobbs heads for a life in the ‘burbs of Bardstown, and his weekend retreat bought with his yuppie money. A place as ugly as his own soul has become.

Whilst Dobbs descends in to his own purgatory, chilling abductions of parents running from spouses who have abused their sons/daughters are detailed. They are interlaced into the story with a jarring regularity that takes the reader out of the mind-set of someone copying with PTSD. This story is much greater than that. Mr Newton’s excellent story-telling skills weave a story of complexity and intrigue, to keep the pages turning. This is not a second-guess book, as there are gear shifts continuously, forcing new hypotheses to emerge, new considerations to be sought.

Mike Dobbs is a man going through a transformation, and the stages of that change state are brought to life with vivid and immersive description. There are times when reading The Railroad that I felt the frustration that Dobbs experienced when all the legal doors were closed. Not giving any spoilers away, but Dobbs faces down a sick and evil individual with courage and given the fact he’s drunk most of the time, a show of smart, incisive thinking. This capability is borne out of necessity. Dobbs is on a crusade to save the lives of those he loved but for a fleeting moment. Intrinsic to his transformation to a state of inner peace, is a journey that Dobbs goes on, into the wilderness that is the Maine, to save his loved ones and at the same time, himself.

An extraordinary journey with an amazing denouement. A note to Mr Newton’s genius is the change of voice at the end. A nuance that may be lost in the melee of the final realisation, but one which exemplifies the change point beautifully. A stunning debut novel and one that I highly recommend. I look forward to reading more from Mr Newton in the future.