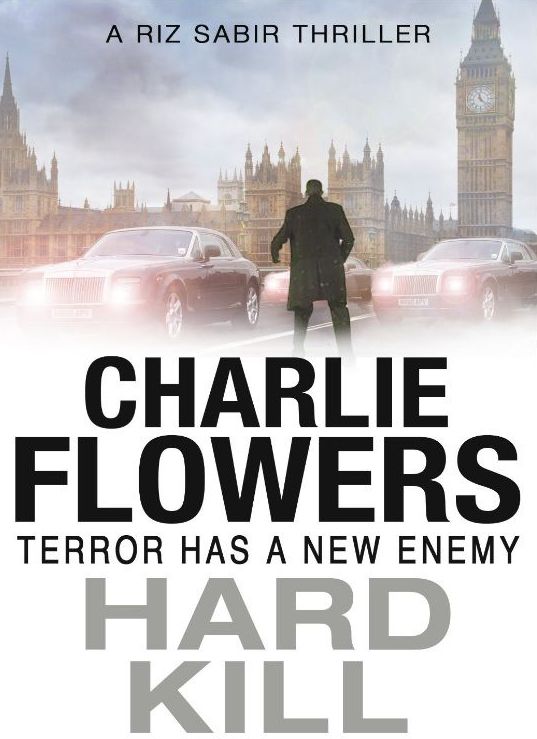 An oustanding thriller - terror through a new lens

In this world of the rehashed, remastered & reimagined it is truly wonderful when you find an original gem! And that is what Hard Kill is: a real gem of a book! From the superb detailed descriptions of the operations to the crazy characters responsible for making these ops happen, Hard Kill reads like a refreshing breath of fresh air! A real rose amongst the thorns of the predictable!

Riz Sabhir, the hero holds the story in a voice that is both reflective and insouciant. He's trained, he knows what's what & gets what he has to done! The most pragmatic and fast thinking spy since Bourne, but with a hilarious audacity that brings you closer to him. That closeness means you invest in him, care about him. He's probably the most real and believable spy ever encountered in the written word. What makes for a real difference is despite the very masculine tone, the brutal actions & horrific kills, who's leading the way with Riz is a girl gang 'The Blackeyed Girls'. They shift the dynamic of the book which would otherwise have been a testosterone fest.

I love 'Girls' Bang-Bang, Fuzz, Calamity and all. They live in a world of dichotomy. Bullets flying, helicopter diving, life on the edge one minute and next they're cooking samosas in their mother's kitchens, kareokeing and dressing up. Despite Bang-Bang's incredible ability to kill, maim and destroy the enemy, there is a sense vulnerability, so poignantly described by Flowers throughout that touches, and makes for genuine sadness. Other reviews have referenced the similarity of the ‘Girls’ to ‘Charlie’s Angels’ but that’s doing the ‘Blackeyes’ a grave disservice. The ‘Blackeyes’ have a passionate fervour, an unquenchable thirst to take out the baddies, whatever way possible. No one controls them, and they answer to no one. Certainly, not a smooth talking multimillionaire on the end of telephone. They are their own, and they’re a force to be reckoned with. An amazing new creation!

The tech side of the book was incredible, and very telling. Bang-Bang's a master hacker but with virtually no mention of an education supporting this capability, you're left with the idea that she 'picks up things along the way'. Clearly possessing rapid assimilation, she's the by-product of an emerging tech world where share, hack and redeploy are the staples of progress. This is a world created and owned by the young, as it fits their psyche of youth. Bluetoothing stuff, bruteforcing passwords and virtual meeting places where avatars have multiple fox tails, isn't fiction, it's very fact. And it's for that reason Hard Kill is a wakeup call. Disenfranchised and disaffected doesn’t mean ‘don’t know how’. Riz started out bored, slipped in with the wrong crowd, and ended up incarcerated, at the mercy of those waiting to radicalise him. He was given the chance to redeem, and he found his way back. But extremism of any kind is only targeted at those that are forgotten, the ones who have nowhere else to go. Hard Kill exemplifies this so well, and along with all the gritty action, humour and suspense is why it is such an outstanding and affecting read.