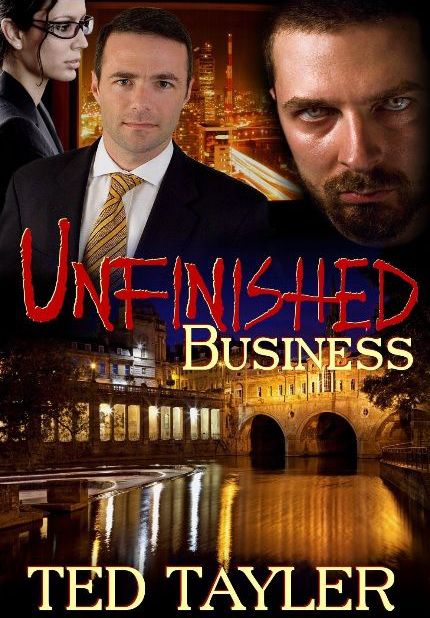 A tour de force in writing – had me captivated to the very end!

Unfinished Business is a superb sequel providing an illuminating background to Colin Bailey, and what happened after he left with his boss turned lover Sue Owens for the Gambia at the end of The Final Straw. Unfinished Business and The Final Straw have later been combined to become Conception: The Birth of the Phoenix. As maternal matters go, this was free of any labour pains. Although pain was certainly the aim as anti-hero Colin Bailey initiated his meticulous maelstrom of revenge and righteousness upon the uncaring, and moreover, unsuspecting world. The Colin Bailey seen in Unfinished Business has transformed. Far from the shy, confused and lonely young man in The Final Straw, here we see a man who has known a woman’s real love (not just the imitation love of convenience displayed by his former wife Karen), but has had that love wrenched from him, and during that moment of separation, a part of Bailey ripped apart too. Such divesting created the impetus to fuel Bailey’s future actions. Bailey, a man with nothing to hold him down, capable of righting injustice, delivering his unique counter-argument to criminals with sharp lawyers. Taking in the Mr Tayler's words that weave his creation, it would appear that Bailey is a cold blooded killer; a man who murders by any means, but this characterisation is too straightforward to capture what has really been crafted. Bailey is actually a metaphysical representation of our darkest moments; the moments when we desire retribution for wrongs that are done to us, but unlike Bailey we do not have the ‘special skill set’ to deploy such reprisals. By tapping into this almost primal urge: to eradicate the evil that exists amongst us, Mr Tayler has embedded subconsciously a connection that makes this book so engrossing. It is why we root for the anti-hero, and why we don't want to see Bailey captured by DCI Hounsell.

Throughout the book there is a position advanced that the law – in its many forms - is an ineffectual and lumbering beast weighed down by the bulk of its own bureaucracy, and those that try to enforce it are stifled to act & become disenchanted and cynical to the effectiveness of it all. Bailey uses this weakness against them, and also applies this belief to vindicate his executions. He believes, somewhat in error, that the police have not the capability to think like him, and it is this presumption that leads to a hair raising chase and a terrifying denouement for all players.

The characters of DCI Hounsell and his sidekick Zara Wheeler are a formidable team, but they start off wary of each other and eventually enter into a rather prickly partnership. I enjoyed watching Zara morph into a woman who was unafraid to live a little and who was confident to be her own, a times rather quirky, self. Had Zara not been on the team it is doubtful whether Hounsell would have reached the same conclusions. Bailey based his planning on the capabilities of Hounsell and others of his ilk, and didn't factor in someone like Zara having intelligence to match his. A grave miscalculation, borne from Bailey's own hubris that cost him dearly in the end.

Unfinished Business is a tour de force story, dark but humorous, told in a 'nod and a wink' style that fascinates and captivates, and keeps you reading. The ending provides a pitch perfect entrée into the shadowy world of the Olympus Project and the emergence of new incarnation of Bailey as The Phoenix. Highly recommended! A book not to miss on your reading list.